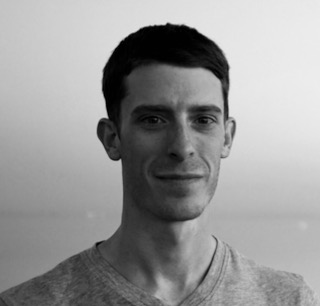 The information obtained with SNMP from network devices ranges from being simple timeseries type data like interface metrics to complex and sensitive status information about the features and protocols that the device is running. It is critical to protect this information when in transit between an SNMP agent and manager by utilizing SNMPv3. Sensitive data from network devices being sent in SNMP responses can be used by malicious parties to perform reconnaissance about your environment, learn which protocols and features you utilize, and prepare for a more specific attack based on the information that is learned.

The transit network between a network device that is being queried and the management stations performing the queries (where our Python code is located) often times runs over networks outside of an organizations control. MPLS networks, point-to-point circuits, etc. all are controlled by carriers and vendors and you cannot guarantee the security of their environment. There are many ways in which you can protect the data that flows over these transits (e.g. IPSec), but often times may require complex design changes. While these types of design changes should be considered in the long-run, a quicker way of securing your SNMP queries is by utilizing SNMPv3.

SNMP v1 and v2c send query and response data in clear-text form (along with the community string, which is supposed to be privileged information!). Anyone that is able to snoop the SNMP packets is able to read the data that is being exchanged. SNMP v3 primary goal is security of the messages/data being exchanged between SNMP managers and agents. It accomplishes this through a few different means:

An additional aspect to SNMPv3’s security is the snmpEngineId which is an identifier which must be unique to each SNMP entity. The snmpEngineId value is used by SNMP systems to add protection against message replay, delay and redirection attacks.

Each networking manufacturer often defines a default snmpEngineId for each system, sometimes involving the systems MAC address to as to ensure uniqueness. This differs from vendor to vendor. Additionally, I have seen instances where a system two firewalls running in an active/standby cluster both utilize the same snmpEngineId by default which can cause issues for a network management platform trying to treat each system as a separate device. In most cases, networking vendors allow you to adjust the snmpEngineId manually to a value you choose.

In the example that follows I am using a Cisco IOSv router deployed in a Cisco Modeling Labs (CML) virtual environment. The router is configured for SNMPv3 as follows:

Generally speaking, the same SNMPv3 configuration (group, user and passphrases) would be configured across all, or a group of, network devices in your environment. There are all sorts of additional configuration that can be made to control which SNMP MIB views and SNMP contexts that the SNMP group has access to.

There are several additional parameters that UsmUserData takes, but they are not necessary for our SNMP queries and are outside the scope of this article.

To create a UsmUserData object that we can use against the network device in my example, we would define it as follows in Python:

Available authProtocol options in PySNMP are:

Available privProtocol options in PySNMP are:

There are several additional parameters that UsmUserData takes, but they are not necessary for our SNMP queries and are outside the scope of this article.

Now that the UsmUserData object has been created and stored as a variable named auth, we can use that to send an SNMP query using the getCmd command generator:

For additional information on what the above statements are doing, please reference my post on using Python and PySNMP’s HLAPI to send SNMP queries.

In the above example, the auth variable is passed as the second argument to getCmd. The outcome that we expect is that the remote device 192.168.11.201 (my Cisco IOSv lab router) accepted the authentication and privacy protocols and passphrases as well as the username. The contents of varBinds should be the router name:

If you used an authentication protocol that the remote device doesn’t support (e.g. usmHMAC384SHA512AuthProtocol instead of usmHMACSHAAuthProtocol) or an incorrect authentication passphrase, the following errorIndication would be seen:

You May Also Enjoy

After using SNMP to query a remote device for a particular ObjectType and getting the response ObjectType (which includes the MIB identity and the correspond...

Up until now my articles (PySNMP HLAPI, Compiling MIB’s for PySNMP) have focused on using simple SNMP GET requests with PySNMP’s getCmd. This works great for...

The ability to refer to a SNMP MIB variable by name is an important aspect for increasing readability and understanding of your Python scripts. PySNMP comes ...